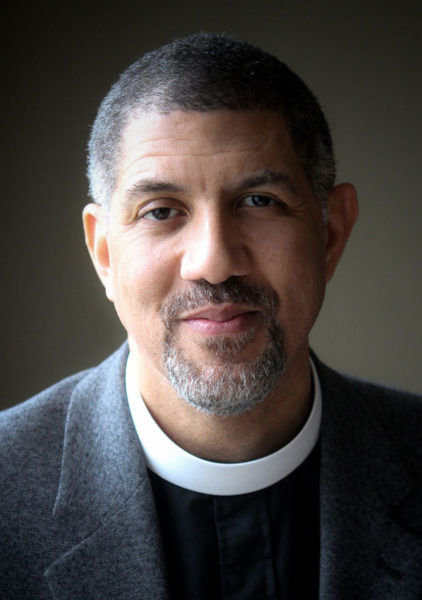 [Episcopal News Service] The Very Rev. Robert C. Wright was elected on June 2 to be the 10th bishop of the Episcopal Diocese of Atlanta.

The election was held at the Cathedral of St. Philip in Atlanta. Wright was present and stepped to the lectern to accept his election, according to the diocese’s Twitter feed.

Wright was elected to succeed Bishop J. Neil Alexander, who was elected in 2001. At the time of his election, Alexander was a professor at the University of the South School of Theology and priest in charge of St. Agnes’ Church in Cowan, Tennessee.

Upon his resignation as diocesan bishop he will become professor of liturgics and head the Department for Anglican Studies at Emory University’s Candler School of Theology in Atlanta this fall.

Assuming that consent is received, Presiding Bishop Katharine Jefferts Schori is scheduled to ordain Wright as the 10th bishop of Atlanta on Oct. 13, also at the Cathedral of St. Philip.

Wright has been rector at St. Paul’s since July 2002. Prior to that, he was canon pastor and vicar for two years at the Cathedral of St. John the Divine in New York, where he was chaplain at the Cathedral School for two years before that. Wright served as a U. S. Navy helicopter crew chief and search and rescue diver from 1982 to 1987. He then worked in organizations that serve youth in the Washington, D.C. area, including the Children’s Defense Fund, and served two mayors of Washington DC as a child advocate.

He earned a Master of Divinity degree from Virginia Theological Seminary in 1998 and is currently working on a Doctor of Ministry degree in preaching at the University of the South. He and his wife Beth-Sarah are parents to five children. His resume is here.

More information on all the candidates is here.

With more than 50,000 members in 26,000 households, the Diocese of Atlanta is the ninth largest of the 110 dioceses of the Episcopal Church.