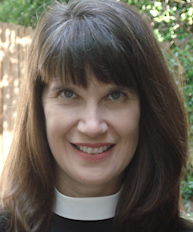 I’ve always loved Pentecost, the day when language barriers fall and Christians rejoice that the gospel of Jesus Christ is the same in every tongue. In part, this affection comes from growing up bilingual near Montreal, moving constantly between two linguistic worlds.

Perhaps nothing epitomized that unceasing back and forth more than my family’s two newspaper subscriptions. Every day, my Scottish immigrant mother read The Gazette, and my French-speaking father, La Presse. As my parents finished their respective papers, they handed them, section by section, to me.

At the time — the turbulent 1970s and ’80s — majority-francophone Quebec was debating whether to remain a Canadian province or break away to form an independent republic. Reading the daily news from two perspectives, I could see the danger of being aligned too closely with any political authority that could rise or fall overnight.

From the time I started school and learned “O Canada” in both official languages, I knew that earthly power was always contested, overtly or discreetly. Although national anthems are intended to unite citizens, I was surprised to discover that English-speaking and French-speaking Canadians sing completely different songs to the same tune.

The English version celebrates “the true North strong and free” (from American domination), while the French lyrics laud the Roman Catholic faith for sustaining our ancestors after Great Britain conquered New France in 1760.

My parents never dwelled on that amusing difference or the deadly serious political debates that swirled around us. Instead, they reassured me that our family could live peacefully as citizens of either a united Canada or an independent Quebec, and they ensured that I would have the linguistic skills to build relationships across their two cultures.

When I joined the church as an adult, I found that my parents’ suspicion of earthly power had prepared me well for life as a Christian. I could readily affirm the gospel claim that the true citizenship of Christ’s disciples is in God’s kingdom, to which every other loyalty — to country, culture or clan — is subordinate. In a world where powers and principalities seek to pit one group against another, our only hope of living into our divine citizenship is the unsettling and sustaining power of the Holy Spirit.

That is the power we celebrate on Pentecost. When we recite our multilingual liturgies, we evoke that long-ago day in Jerusalem when citizens of Rome and subjects of its territories, Jews born to the faith and new converts, all understood the apostles’ message without a human interpreter.

Multilingual Pentecost services always gladden my heart and remind me of home. But they also make me wonder, what are churches doing the rest of the year to break down cultural barriers? Often, the answer is very little. Even when we try, we typically approach the issues in ways that ignore the power dynamics at work among us, relics of the idolatries of race, culture and nation.

It happens with the best of intentions. A white church in a small town wants its black counterpart down the street to “end segregation” by closing its doors and joining the white church — because, after all, “our building is bigger.” Or the exhausted African-American or Latino parishioner is asked to serve on every committee, no matter what his or her particular gifts for ministry might be, because “we need a minority perspective.” Anyone will do.

These examples, both unfortunately real, make me wince. They make me wonder, what invitations from the Holy Spirit am I missing in my ignorance or declining in my arrogance?

The biblical witness tells me the Spirit sends them: invitations to listen for truths spoken in an unfamiliar accent, to sing a familiar song to a new melody, to hear a Bible story narrated from a perspective I’d rather ignore because it threatens my understanding of the world.

God offers these invitations not because the church is one more diversity program to be tweaked according to the latest census data but because the messianic age has come. The reign of Babel has ended, and Jesus Christ’s followers are called to proclaim that reality.

Possibilities for proclamation abound wherever creative, faithful witnesses are open to the Spirit’s prompting. When I lived in Louisville, Ky., a white Presbyterian pastor in town told me about a partnership he had started in the 1990s between his congregation and a much larger neighboring African-American church.

“I approached a church that was twice the size of ours, with a far better choir, because I didn’t want our folks to have any excuse to harbor delusions of superiority,” the pastor told me.

Grounded in such canny humility, a relationship between the two churches took root and thrived. They exchanged preachers and choirs, co-hosted picnics and studied Scripture together.

One particular practice, however, was designed to make discussions of power inevitable. Every week, one pair from each church would visit the local courthouse together to observe criminal proceedings. The four sat with each other, taking notes about what they saw.

Afterward, they discussed their observations over lunch and prayed together for everyone they had watched in the courtroom that day — victims, defendants and their families, prosecutors and defense attorneys, judges and court employees. Every day, they witnessed the disproportionate impact on black Americans of the stricter drug laws and mandatory minimum sentences that were then taking effect.

Over time, as their trust in one another deepened, their discussions grew richer. Soon, they were praying together for guidance about how else to embody God’s healing love in a city that desperately needed it.

Who knows where such projects might lead? If we believe the promise of Pentecost, then perhaps nothing less than “turning the world upside down” (Acts 17:6). As our first-century ancestors discovered, we can expect resistance if we start down that road — from the civil authorities, maybe from the church, and certainly, from time to time, from our own fearful hearts.

But what alternative do we have if we are to be citizens of the kingdom? Try to confine the power of Pentecost to one day a year? Turn our sanctuaries into tombs, seeking to seal the Spirit inside? We know what God does when human beings try that.

The same gifts, through the same power, in any language.

— The Rev. Rhonda Mawhood Lee is associate rector of St. Philip’s Episcopal Church in Durham, N.C., and an independent scholar and a spiritual director. A bicultural native of Montreal, she has lived in the United States since 1992.