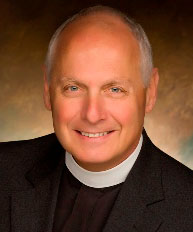 Today, two years later, we have more than 20,000 friends. I am amazed but not entirely surprised by the response. The extreme ends of the spectrum often seem to control the public image of this church. The vast, vital, moderate center has had difficulty in finding its voice. We seem to have discovered a way for that voice to find expression.

It’s not that the Episcopal Church doesn’t have a public profile. We do. However, it has been out of balance. Many Episcopalians have felt they needed to apologize for their church because internal conflicts and angry voices have been the topic of the community grapevine. It seems to me that it’s time for the public profile to change, especially at the local level where most of the day-to-day mission is being carried out.

While we continue to work through our differences in this church, God’s mission continues on a daily basis. Stories and experiences of ALL sorts and conditions of Episcopalians who are rolling up their sleeves and transforming lives need to find greater expression and form more of the public profile of our church. Episcopalians who are trying to find ways to accomplish Christ’s work need to hear from other Episcopalians who’ve discovered solutions. We need to “rejoice with those who rejoice and weep with those who weep” (Romans 12:15) without the angst that comes from protracted, polarizing conflict. Unapologetically Episcopalian is place where that can happen.

I’m not suggesting that the issues and convictions of our members are not important. They are important. What I am suggesting is that the world is watching to see how we treat one another when we differ. Jesus told his disciples that our love for one another, not our differences, will let everyone know that we are his disciples. Our diversity is our opportunity to be light, leaven, and salt.

So, I thought it would be helpful to shine the spotlight on Christ’s love at work among us. Friends check in for Morning Prayer and Evensong, request prayers, ask questions, and share photos. We have several albums, including one with 154 photos of red doors of Episcopal churches. We ask questions that draw out positive responses about life in the church we love. In celebration of our second anniversary, we entered into collaboration with Forward Movement to develop several initiatives that will positively impact the profile and witness of the Episcopal Church.

Please join us. Check in often. Post comments and stories about your journey of faith in the Episcopal Church. Let us know what is happening in your congregation and spread the word.

— The Rev. Ron Pogue is interim rector at Calvary Episcopal Church in Ashland, Kentucky. He is the founder and moderator of the Unapologetically Episcopalian Facebook page.