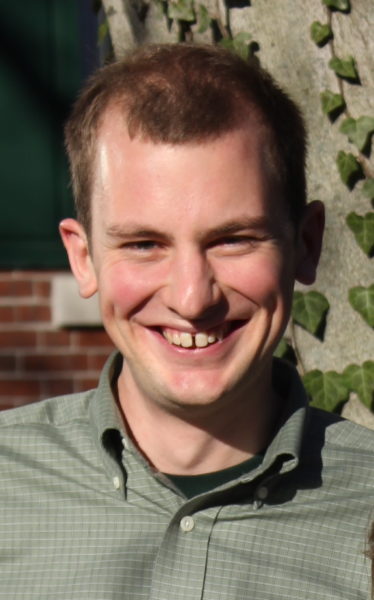 [Episcopal News Service] My friend Fumanekile lived in Itipini, a shantytown community built on a garbage dump outside a small town in South Africa. I had been working in a community center in Itipini for three months as a Young Adult Service Corps missionary of the Episcopal Church. He had AIDS and tuberculosis and came to our clinic every day for his medication. Over that time, I had come to know and like Fumanekile, even as I watched his health decline.

One morning, his friends rushed into the clinic to say he hadn’t woken up that morning. When I went to see, I found him unconscious, breathing shallowly, with a weak pulse. We gingerly placed him in the back of our all-purpose truck. A friend drove, I climbed in the back, arranged myself to cushion Fumanekile’s head from the bumps of the rough dirt road we were on, and we were off for the hospital.

Before coming to Itipini, I had been an EMT and had lots of experience in the back of an ambulance. But on this day, I felt helpless. I had no oxygen, no fancy tools. I could barely position myself to take his pulse. Fumanekile was dying in my lap and I was powerless to stop it.

It was then I realized there was at least one thing I could do. Bumping down that dirt road, I began to pray over Fumanekile, offering him to God’s care. Human care seemed to have reached its limit. We made it to the hospital in one piece and it was a relief to see nurses begin to tend to him.

There’s been an awful lot of talk about “mission” in the church lately. It crops up in budgetary conversations, in discussions of church structure, working at the local soup kitchen and, it seems, just about everywhere else. God has a mission. We’re commissioned in our baptism to respond to it. As I listen to this conversation, my mind goes back to that day in the back of the truck with Fumanekile. What would he make of our talk about mission? How does the idea speak to his situation?

For me, mission began the moment I first arrived in Itipini, the community where Fumanekile lived. There was so much to learn: a new language, new customs, new faces and places. More than that, however, there was me — I was more than a little afraid. Itipini was foreign to me, much different than anything I had ever before encountered. Although I was eager and excited to be there, I was, I confess, a bit fearful to be working with people who were so poor, sick, and, well, different than me. Difference, especially on such a stark level, I was learning, can be frightening thing. 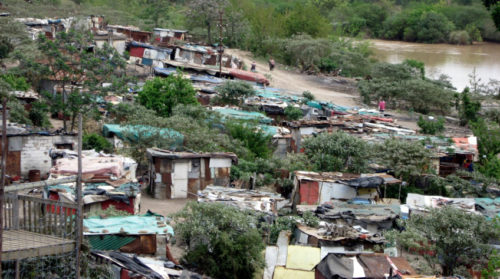 Itipini, the community within Mthatha, South Africa, where the Rev. Jesse Zink served as a Young Adult Service Corps missionary.

Those first few weeks, I stayed close to our clinic and let the residents of Itipini come to me if they needed help. It was safe. “They” came to “me.” But it was an untenable and unsatisfactory situation. I hadn’t moved to South Africa to sit in a clinic all day. Gradually, I began to venture forth. I met people like Fumanekile who made it feel safe to wander farther afield. I began to think in terms of “we,” not just “they” and “me.”

I came to think of the Incarnation in a new light. By being born in a manger, God in Christ crossed the hitherto impassable barrier between human and divine and showed up in a place no one expected. Jesus took time — thirty years, in fact — to build relationships with those around him. If I was going to model my life on Christ’s — be a Christian, in other words — something of the same had to happen in my life. I needed God’s grace to overcome my fear and share an existence with people who seemed different than me and lived in a different place. Gradually, imperfectly, incompletely, that happened.

God’s mission calls us to engage the multiple forms of difference in this world — down the street or around the world — and doing so in a vulnerable, Christ-like way. It’s great that we’re talking so much about mission in the church. But if we don’t talk about it without also talking about our individual, personal need to change — the forgiveness, renewal, and transformation that comes in baptism and is reaffirmed each time we celebrate the Eucharist — and the difficulty and joy of modeling our lives on Christ’s, then it’s hard to see how the conversation is going to help us proclaim the good news of God in Christ.

Fumanekile died shortly after we reached the hospital. Our help had been too little, too late. But when I remember him, as I often do, I am reminded of how many barriers in my own life had to fall for me to get to a point of cradling his head in the back of a truck—and how many barriers remain to fall in this world of ours.

— The Rev. Jesse Zink is the author of Grace at the Garbage Dump: Making Sense of Mission in the Twenty-First Century (Cascade Press, 2012, ISBN: 978-1-61097-613-8), a theological memoir of his years as a Young Adult Service Corps missionary in Mthatha, South Africa, from which this piece is adapted. More information is at www.jessezink.com.