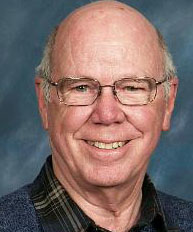 [Episcopal News Service] The visibility and power of a national blue-green alliance, focused on labor and environmental issues at the nation’s principal ports, took a big step forward last month in Seattle as almost 400 port truckers left their trucks, partially shutting down the port for several days in protest.

The truckers-mainly from East African countries-are protesting their status as “independent contractors,” which deprives them of the usual benefits of employee status such as health insurance, workers comp, and social security. They want recognition as employees of the big shipping companies they drive for, and they want the companies to own the trucks, assuming responsibility for truck safety and repair conditions and paying the insurance on their loads. As compensation for the heavy responsibilities they bear, the drivers make an average of about $28,500 a year, out of which come various expenses borne as truck owners.

The Seattle protest was the most recent of similar protests taking place over the past four years and more in the ports of Los Angeles/Long Beach, Oakland, and New York/New Jersey, all with the strong involvement of faith groups in those cities, including Episcopal clergy and lay people. The blue-green alliance, called the Coalition for Clean and Safe Ports, is pushing for a major cleanup of the air around the ports befouled by diesel fumes from the aging trucks, and for the emergence of the drivers from what has been called a “sweatshop on wheels” work environment. (For example, drivers are forbidden to exit their trucks to take a bathroom break while at work, forcing many to carry “pee bottles” in their cabs.)

As employees they would be protected under federal labor laws, and have the right to collective bargaining.

In August of last year, 17 young adult Episcopalians from around the country came to Seattle for a five-day Eco-Justice immersion experience. The group toured the port, met with port drivers, visited impacted neighborhoods, and learned from local organizers.

The port tour helped make those and other Seattle eco-justice connections clear as the young adults heard about low wages, poor working conditions, air and noise pollution, and environmental health impacts. The event was sponsored by the Episcopal Church’s Office for Economic and Environmental Affairs and the Office of Young Adult Leadership and Vocations.

In early February, I was privileged to be present at an extraordinary organizing meeting of about 300 highly energized Seattle drivers, who ran the meeting themselves. The drivers, mainly from Ethiopia, Somalia, Eritrea and other East African countries, exhibited a notable respect for the democratic process in the way they conducted their meeting. One repeatedly disruptive person was nonetheless freely allowed to voice her views. It struck me powerfully that the leaders that night, many of whom were refugees from brutally antidemocratic and authoritarian regimes, had early on absorbed Americans’ respect for the democratic process, and were putting it into practice in their meeting, perhaps doing it better than we ourselves sometimes do.

Here in Seattle, the drivers’ walkout was heavily reported by the press; and the strong support of many community, labor and religious supporters, including Muslim leaders, unexpectedly resulted in the passage of a bill late last month in the lower chamber of the Washington State Legislature to recognize the drivers as employees, thus abolishing their independent contractor status. Although the bill died in the state senate, the Port of Seattle and the large shipping companies have been sobered by the sudden emergence of the port drivers and their community allies.

As for the drivers, they returned to work after a two-week walkout without major retaliation against them by the companies, and continue to build support from the rest of the 1,500 port drivers as well as from the public. In support of the state senate bill giving the drivers employee status, Greg Rickel, Episcopal Bishop of Olympia and a steadfast supporter of the port drivers’ actions for justice, in a letter to the chair of the State Senate Labor and Commerce Committee wrote: “In our church tradition, we ask newly baptized persons to take a vow to uphold ‘the dignity and respect of every human being.’ [This proposed law] … seems to be the most pressing because it does, in fact, bear on the dignity and respect of human beings.”

Nationally, a decisive change in the federal law that governs environmental and working conditions at all the ports is needed. We can all support the Clean Ports Act of 2011 (HR 572). Address comments to U.S. Rep. John L. Mica (R-Florida), chair of the House Subcommittee on Highways and Transit, or ranking committee member U.S. Rep. Nick Rahall (D-West Virginia).

— The Rev. Dick Gillett, a long-time advocate and activist for worker justice, lives in Seattle.