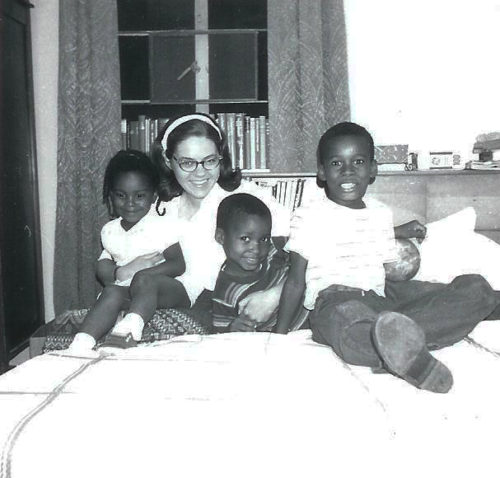 In 1965, seminarian Judy Upham stayed with the West family of Selma, Alabama, while working for civil rights. Photo/Jonathan Daniels

She was studying at the Episcopal Theological School (now Episcopal Divinity School) in Cambridge, Massachusetts – unusual in itself for a woman in those days – when she saw television coverage of police attacks on civil rights marchers attempting to cross the Edmund Pettus Bridge en route to the state capitol of Montgomery on what some called “Bloody Sunday,” March 7, 1965.

“Dr. [Martin Luther] King went on television on Monday, asking for good Christian people to come and stand with them,” she recalled. “Some people from the seminary were going to go. I brought my checkbook because I didn’t really have time to do stuff like that. We were all standing around, watching TV. I looked at these people getting beat up by police.”

And when fellow seminarian Jonathan Daniels asked her whether she was going to Selma, “I found myself saying, ‘How are we getting there?'”

Next thing she knew, she was on a charter plane to Atlanta. Sitting between Daniels and another seminarian, she told them: “This wasn’t exactly what I had in mind.”

That flight she hadn’t planned on set her on a path into the heart of the civil rights struggle and a lifetime of activism.

They landed in Atlanta in the middle of the night, resting until morning in King’s office. “It was nice. I got to sleep on his couch.” 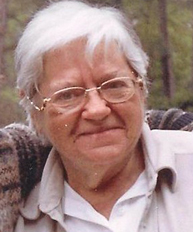 The Rev. Judy Upham, who worked for civil rights in Selma, Alabama, in the 1960s, and was a friend and seminary classmate of Jonathan Daniels, is now an assisting priest at St. Alban’s Church in Arlington, Texas.

The next day, about 10 seminarians and others from the plane held “one of the more meaningful morning prayer services” she’d attended, then headed via bus to Brown Chapel in the middle of Selma’s low-income housing projects. “That was kind of the center of the movement in Selma,” Upham explained.

Going to a large field nearby, they joined “the other zillions of people standing around waiting to march.” Lined up five abreast, “we started off to march, got to the bridge and turned around, stopped and prayed for a little bit kneeling in the street … and came back.”

“The leadership didn’t especially want another confrontation,” she said. “I’m not sure these troopers wanted to beat up all these white folks, either. At that time, color made a big difference.”

While the march itself was peaceful, violence followed when the Rev. James Reeb, a white Unitarian minister from Boston who’d been on Upham’s plane, went with friends and stopped in “the wrong place to have supper,” she said. “As they were leaving, they were accosted by some rednecks, who beat them up. In fact, he died that night.”

They held a prayer vigil outside the hospital and, after he died, tried to march to the courthouse in protest the next morning. The streets were barricaded, so “we just basically sat around and sang. The civil rights movement was a lot of standing around and listening and sort of being adamant about, ‘This is what we’re going to do, folks.'”

“On Sunday, a number of groups went to the local churches. Of course, the local Episcopal church wouldn’t let us in, so we just knelt on the sidewalk and prayed,” she said. “The Episcopal Church was basically an upper-class church at that point, in Selma, anyway, and black people didn’t go to the Episcopal church. It turned out, they didn’t go to the Baptist church, either. The group got there, and the ushers said, ‘You can’t come in here.'”

When someone replied, “We thought this was God’s church,” she said, “the usher is reported to have said, ‘No, it’s our church, and you can’t come in.'”

On Monday, they were allowed to march to the courthouse. As they returned, “the local police chief was sort of standing at the entrance into the projects and shaking hands with people.” She recalls marchers holding their hands in awe, saying: “I shook hands with a white man.”

In Washington, D.C., President Lyndon Johnson delivered a rousing civil rights speech to Congress. In Selma, some of the outside supporters “just started drifting off.” It was time to return to seminary.

But Upham began thinking: “It seems weird on Monday to say, ‘We’re here to support you and risk our lives for you,’ and then, a couple or three days later, say, ‘Well, gee, I’ve got to go back to school.’ It didn’t seem right.”

She and Daniels returned to EDS and secured permission to spend the semester in Selma, reasoning that “at least there would be some white folks still around. At least the police would know that there were people there as witnesses.” They also would be there “as a witness that God does care … and we’re here as sort of a sign of that love of God: You’re a human being like everybody else is.”

They arrived back in Selma on March 21, as the several-days march to Montgomery finally was allowed to begin, with the National Guard protecting the marchers. She moved in with a local family and helped as needed. The night before the final march into Montgomery, she joined the encampment outside a school. “It was rainy, muddy as could be.”

The evening included entertainment. “I don’t honestly remember who all was there,” she said. “People like Joan Baez, Harry Belafonte. Some big names.”

Next day, they marched into Montgomery, where they met up with a group from the seminary who had flown in for the day. “People were lining the streets, some to boo and hiss and spit at us,” she said. Others cheered. They gathered in front of the capitol. “Martin Luther King gave an incredible speech about ‘How long? Not long.'”

Again, violence followed the demonstration. Ku Klux Klan members shot and killed Viola Liuzzo, a Michigan housewife, while she was transporting demonstrators back to Selma.

“After the march, Jon and I just hung around, doing what we could to help,” Upham said. If a demonstration needed marchers, they marched. They helped students complete college applications, played with children, helped voter-registration efforts, visited schools. They attended the local Episcopal church every Sunday and spent about an hour each week lobbying the rector to act, without success. “He was too steeped in the ways of the South, and he had his job to consider, he had a family.”

“We were in our 20s, young and naïve, assuming that if people knew the right thing to do, they would do it,” she said. “Part of our job was educational. We’d visit anybody in the parish who would have us come.”

Upham’s civil rights work reflected her family’s values. When she told her dad she was traveling to Selma the first time, she said, “the first thing he said was, ‘Be careful.’ The second thing he said to me was, ‘Oh, good,’ because there was no way he could get off work.” Two of her brothers joined her for part of her time in Alabama.

But working in the South taught her something about prejudice. “I realized, too, that if I had been raised in Selma and the only blacks I knew were the ones who worked for me or the drunks in the street, I probably would be prejudiced, too.”

Upham and Daniels kept up with their schoolwork long-distance. After the semester, she did her clinical pastoral education program at a state mental hospital in St. Louis. Daniels borrowed her car, first visiting his family in New Hampshire and working with diocesan youth on civil rights, then returning to Selma for the summer.

Daniels was part of a group working in Lowndes County – “one of the tough places” – when he and others were arrested and spent time in a cell beside Stokely Carmichael, then a member of the Student Nonviolent Coordinating Committee, with whom he had become friendly, she said. After several days, they were released on Aug 13, 1965.

“I’m convinced it was a setup,” Upham said. While waiting for transportation, Daniels, along with a Catholic priest and two black demonstrators, walked to buy soda at a local store. “They’d been there before in mixed groups, so it theoretically wasn’t that big a deal,” she said. They encountered a shotgun-bearing part-time deputy sheriff, who pointed his gun at 16-year-old Ruby Sales. Daniels pushed her to safety and was fatally shot. (He is now commemorated on the Episcopal Church’s calendar of saints.)

Upham traveled to Keene, New Hampshire, for the funeral. “I can remember shopping with my mother. I bought two dresses, which I’ve never worn since. My dad was a lawyer and was kind of beating himself for not going down to Selma and bailing Jon out.”

After that, Upham participated in the movement as she could, but things were shifting. The “black power” movement was developing, “so the participation of whites was not as welcome.”

“For Stokely, Jon’s death was kind of the final straw,” she said. “I think Stokely had basically had it with nonviolence. He’d had too many friends who had been killed.”

Upham spent time as a director of religious education, then earned a degree in social work. When General Convention approved ordaining women as deacons in 1970, she said, “for me it was like bells ringing.”

She began working for women’s ordination to the priesthood, becoming a founding member of the Episcopal Women’s Caucus and serving as an alternate deputy at the 1973 General Convention. She was ordained a deacon in 1975, a priest on Epiphany 1977. Her first job was at St. Stephen’s, a mostly black church in south Saint Louis. She was the first woman called across diocesan lines to become a rector when she moved to Grace Episcopal Church, a deliberately integrated church in Syracuse, New York.

Today, 69, she’s an assisting priest at St. Alban’s in the Theater in Arlington, Texas, a congregation in the renewing Diocese of Fort Worth that meets in a theater, and works toward reconciliation in the diocese, which the former bishop and many diocesan leaders left in November 2008.

Looking back, she said, “I know that Jon’s legacy made a huge difference in theological education, at least for ETS/EDS in terms of how do we practice what we say we believe.”

She believes she made a difference as well. “If Jon was a missionary, so was I. He’s the one who got the martyrdom out of it.”

In Selma, she was afraid “sometimes but not very often,” she said, calling herself “mostly too stupid to be afraid.”

It also was, she said, “one of the few times in my life I was 100 percent positive that I was doing what God wanted me to do. If it cost me my life, that was all right. After all, there are worse things than death.

“We had a promise of a future with God. What have you got to lose? At least you’re standing up for what’s right. … That’s your job as a Christian and a human being.”