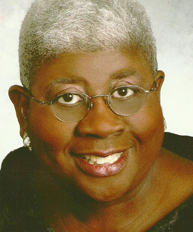 Catherine Meeks is a member of St. Francis' Episcopal Church, Macon, Georgia, and the Diocese of Atlanta Anti-Racism Commission. She holds a doctorate from Emory University and is the retired Clara Carter Acree distinguished professor of social science at Wesleyan College, Macon.

“I’ve spent most of my life working on racial healing,” says Catherine Meeks, 65, chaplain of the Episcopal Diocese of Atlanta‘s antiracism commission. “I’m so thankful that my journey has been what it’s been.”

That journey took her from a segregated childhood in tiny Arkansas towns to the racial tensions in 1960s Los Angeles to an era of still-challenging race relations in the “new South.”

Daughter of a sharecropper and a teacher, she grew up hearing her father talk about a 12-year-old brother who died before she was born. “They refused to give him medical services at a hospital that was 17 miles from my family. [My father] had to take him 70 miles to a charity hospital. By the time they got there … his appendix had ruptured.”

“I grew up in that kind of atmosphere of: The world is really hostile toward us because we’re black and poor,” she said. “It was mostly frightening to be a little kid. And even as an adult now, I really have to stay tuned to my fear, because I learned that the world is a fearful place, and that’s a hard lesson to overcome. … I didn’t have anything to do with white people except to see them as somebody to be afraid of.” 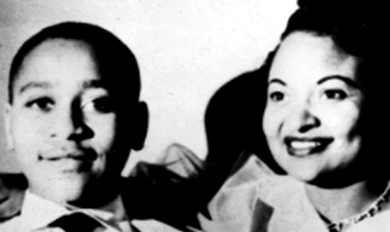 A portrait of Emmett Till and his mother, Mamie Bradley taken circa 1950. Photo/Library of Congress

She remembers when 14-year-old African-American Emmett Till was murdered for allegedly flirting with a white woman. “I heard that story when I was a kid growing up, and I thought that it was just the most awful thing I’d ever heard, and it scared me half to death.”

School was “second-rate,” with used textbooks and pieces of chalk passed down from white schools, no school lunch program, no science labs. Going to metropolitan California to attend college – first Compton Junior College, then Pepperdine – was “like I had gone to the moon.”

“It’s amazing that I survived, that I was able to acclimate myself enough to go to school and to actually ever graduate. The only thing that was different from being in a foreign country was at least I knew how to speak English,” she said. Used to only black teachers, she had all white professors and integrated classrooms. “It basically made me think that I needed just to keep my mouth shut and try to not have anybody pay attention to me.”

Some remarkable professors changed that, including the speech teacher who encouraged her to join the forensics team.

But racial tensions were high in Los Angeles. The Watts riots occurred the summer after her first year of college. At Pepperdine, she became involved with the Black Student Alliance and joined protest marches when a white security guard shot dead Larry Kimmons, a black 16-year-old who’d come on campus to play basketball.

“It was a really hard time. There were some black students who really wanted to blow up something on the campus. We managed to get through it without anybody else getting hurt and got the school to establish a scholarship in honor of Larry.”

While some white students supported civil rights efforts, the alliance didn’t welcome their involvement, and they didn’t join the marches, she recalled. “That was the era of black-white separation.”

“My dilemma was that I was really a Christian. … I truly believed that I was supposed to try to love folks, though I didn’t know how to do that,” she said. “I had met some really wonderful white people who seemed to really care about me, so it made it very difficult to try to be a separatist. … I had a really close black friend who said she didn’t trust me because she thought I was trying to be too generous in my thoughts toward white people, so she assumed I was a spy.”

For Meeks, Christianity won out. “At the very core of myself, I believe that everybody is made in the image of God … and my responsibility is to respond to the God in them as best I can every minute of every day.”

So when people send nasty e-mails about her Huffington Post and Macon (Georgia) Telegraph columns about race and religion, “my response has to be one of compassion,” she said, adding, “some days are better than others.”

From California, she returned to the South, where she earned a doctorate at Atlanta’s Emory University and became a professor, ultimately retiring as Clara Carter Acree distinguished professor of social science at Wesleyan College, Macon.

“It’s been a really very challenging road, because many things are very different here in the South and also in the country, but many things are not nearly different enough,” she said. “There are still too many systems that continue to marginalize black people, and now we’ve decided to extend that to Mexicans and anybody else that we label as ‘other,'” she said.

In Macon, Meeks lives next door to her church, St. Francis’ Episcopal. She serves on the diocesan antiracism commission, which she believes must work toward racial healing “under the umbrella of spiritual formation and spirituality” and not “get caught in just doing sociology,” she said. “There’s a real difference in terms of how you approach this in the church and how you approach it outside of the church.”

Her writing focuses on race, spirituality, human relations. “I’m really committed to trying to create dialogue,” she said. “I think we have to talk to each other. We have to try to understand where we’re coming from. If we can’t work this out in the church, I don’t know where else we can work it out, to be quite honest.”