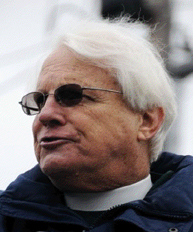 [Episcopal News Service] Fifty years ago—1962—long before I knew where Nitro, West Virginia, was located, I was a student at Virginia Theological Seminary. Having processed out of the Marine Corp, I had traded my copy of The Uniform Code of Military Justice for a Bible. There would be no more military exercises for war. I was preparing for the exercise of parish ministry.

Back then I didn’t know that on January 18, 1962, the United States began spraying dioxin-based Agent Orange in Southeast Asia. During the Vietnam War, 19,000,000 gallons of this deadly chemical was sprayed in Vietnam, eastern Laos, and parts of Cambodia. It is estimated to have killed or maimed some 400,000 people, and been responsible for 500,000 children born with birth defects. Sprayed to deny the enemy hiding places for ambush, Agent Orange also saturated our own troops on the ground.

In my first assignment as a priest at St. Anne’s Church in Annapolis, Maryland, I counseled with midshipmen at the United States Naval Academy headed for Vietnam. But it wasn’t until 1974, when I was rector of St. John’s Church in Charleston, West Virginia, that Agent Orange reared its ugly head.

By 1974, Vietnam veterans were coming home. St. John’s, as a part of its mission, opened its building to serve as an office where veterans with a variety of war-related problems were able to receive counseling. This was an early effort to begin a West Virginia chapter of Vietnam Veterans of America. It was also a part of an effort, on the part of veterans, to have the U.S. government recognize illness caused by Agent Orange, and for veterans to receive medical treatment for those illnesses.

Thanks to the perseverance of veterans who had served in Vietnam, along with family and friends, that effort succeeded.
The ugly truth of the matter lies in the fact that a Monsanto chemical plant in the town of Nitro, just 15 miles down the valley from where those veterans met, was the source of the Agent Orange that did so much damage to them and the people of Vietnam.

There have been numerous lawsuits over the years against Monsanto, along with six other chemical manufacturers of Agent Orange. Those cases have moved, and continue to move, at a snail’s pace through the courts, thus leaving the people of Vietnam, as well as Americans affected by Agent Orange, without adjudication or compensation for damages.

In March of 2009, the U.S. Supreme Court ruled that the companies were not responsible for the use and destruction caused by Agent Orange because these companies were government contractors, carrying out the instructions of the government.

Within the next few weeks, Monsanto will be back in court right here in the county in which Agent Orange was produced 50 years ago. The trial will involve a class action lawsuit arguing that Monsanto dioxin spills may have affected employees in the plant and residents of Nitro, where leaks and dumping took place during the production of Agent Orange. The people will be seeking medical monitoring for at least 5,000, and perhaps as many as 80,000 people.

Appalachia is often misunderstood and overlooked. Our mountains isolate us from major media coverage, except when there is a coal mine disaster, or someone distorts our proud culture with jokes about hillbillies. Our poverty is not pretty. We are the “Other America” depicted by Michael Harrington—the America that triggered President Johnson’s “War on Poverty” — a war superseded by the Vietnam War.

It would be a grave mistake now for the nation to turn a blind eye on the Putnam County, West Virginia, courtroom where the Agent Orange case will be argued.  Communities all over our nation are affected by the pollution attributed to the very companies that produce jobs and promise economic health.

Many of these companies, fueled by short-term economic goals, have a way of abandoning communities—picking up and moving—and leaving long-term environmental and health problems.  Nitro, once subsidized by chemical dollars, must now rely on a dog track and casino gambling to make ends met.

Keep an eye on Nitro, West Virginia. You see, our nation sent men and women to fight in Vietnam, sprayed them inadvertently with harmful chemicals, and then brought them home sick to communities where the poisonous herbicide was produced.  On top of that, communities — I am talking about Nitro — where the people who worked in the plant and residents who have lived amidst the residue of carcinogenetic dioxin may very well be suffering illnesses, not from the government, but from Monsanto.

— The Rev. Jim Lewis, an Episcopal priest, lives in Charleston, West Virginia, where he does peace and justice work.