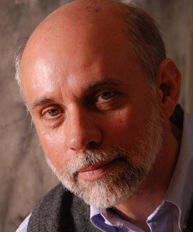 The Rev. Canon Jeff Golliher is vicar of St. John's Episcopal Church, Ellenville, and environmental representative of the worldwide Anglican Communion to the United Nations.

[The Episcopal New Yorker] This whole sordid subject of fracking — the deep drilling for natural gas with highly pressurized water and dangerous chemicals — and the impact of groundwater pollution have a long history. But in my own life it’s not a long or complicated story. In fact, it’s not complicated at all. So, I’ll begin with how it all began, and then finish with the present day.

Nearly 45 years ago, I heard my great-grandfather say something that forever changed the direction of my life. I was a kid then. Regrettably, he would live only a few more years. We were sitting around the dinner table — all four generations of my family — as we did every Sunday after church. That kind of thing doesn’t happen much anymore, but in southern Appalachia, where I was born and raised, it was understood as “tradition.” On that day, I learned that tradition includes a great deal more than eating together. It involves learning what we need to know in order to thrive — and to survive.

I began my first summer job in that year, working in the local chair factory. I was proud to have work. The factory was where most people who could no longer support their families by farming made enough money to put food on the table. They were struggling with what it means to feel proud about themselves and their lives.

Sitting there, enjoying my grandmother’s fried chicken and homemade biscuits, I innocently asked some straightforward questions based on what I had seen in the factory: “What happens to the barrels of shellac and varnish after they’re used? What happens to the dirty water after the spraying booths are washed out?”

My great-grandfather — Joel was his name — rarely spoke unless he had something important to say, which, in those days, was the custom for older men in southern Appalachia. To my surprise, and to the surprise of everyone around the table, he spoke quickly and clearly — “Don’t poison the well!” He wasn’t talking to me as much as to everyone there, but especially to my father and grandfather who supervised the factory. From his point of view, they were the younger generation too.

Joel had been around the mountain more times than anyone really knew, and he knew what the implications of my question were. He knew that the barrels and the wastewater were probably buried somewhere in the river valley where we all lived. And he knew that this would result in dangerously polluted drinking water and the poisoning of food that grew in the fertile floodplains. In other words, he knew that the health of his family — all four generations of us, and generations yet to come — would be threatened. He was incensed and angry — “angry” in the sense of “red in the face.”

Being the descendant of Irish immigrants, he also would have known that in the old days the intentional poisoning of wells was considered an act of war between feuding communities and families. What he was really asking was this: “Do you not realize that you’ve gone to war against your own people?” Jobs, yes — we all need work — but not at the expense of everything that really matters in life. The poisoning of groundwater, whether intentional or unintentional, is not something that any reasonable, ethical, thoughtful person would ever contemplate — not under any conceivable circumstance.

All this happened years before the signing of The Clean Water Act; in fact, it was before all of the environmental legislation that we have today. You have to understand who great-grandpa Joel really was and who he wasn’t. He was both a traditional person, and thoroughly conservative in his outlook on life and in his politics. If he were still with us today, what would have bothered him is not that we need to protect the water, soil, and air through legal means, but that we have to choice but to use legal means. Why?

Because we’ve lost our common sense about some very basic knowledge that everyone has always known—if we poison the groundwater, we risk killing our friends and neighbors. Morally speaking, that’s a crime against God and the State, not to mention against our families, friends, and neighbors! Who in their right mind would do that? No one in their right mind!

Joel would have wanted the government out of his life, but he knew, better than most, that “freedom” cannot possibly mean the freedom to do whatever we please — without considering the dangers and threats we might pose to ourselves, our neighbors, and the places where we all live. This is not rocket science, and no amount of high-priced propaganda in the media can change these facts of life, as much as corporate interests might try.

Fracking is dangerous to our health, to our pocketbooks, and to our souls. Large corporate interests very seriously want to frack in my part of New York State. The chemicals are dangerous; the impact on groundwater is like gambling with your life — and its impact on our struggling, but still fertile riverbeds could spell doom for a whole way of life. Once the process begins, the value of property (homes and land) goes down the drain.

My sometimes mule-headed, uneducated, wrote-the-book-on-the-meaning-of-conservative great-grandfather could have told you all this, but he’s not here — so I’m speaking for him and for me. He was one of the most ethical, open-hearted, and kindest people that I’ve ever met. Of course, he didn’t watch much television. I don’t think he thought much of it, and TV propaganda was way before his time. If you don’t want to listen to him or to me, just ask the people of Albany, Syracuse, and Saugerties. They’ve already banned fracking. That sounds like a good idea to me.

—The Rev. Canon Jeff Golliher is vicar of St. John’s Episcopal Church, Ellenville, and environmental representative of the worldwide Anglican Communion to the United Nations.