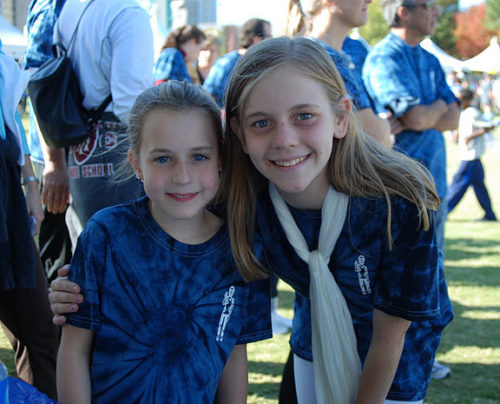 [Holy Innocents’ Episcopal School] For the second year in a row, Holy Innocents’ Episcopal School (HIES) in Atlanta has raised more money than any other school in the country for the JDRF Walk to Cure Diabetes. School participants netted $39,757.84 for JDRF, making the community service-minded, independent school the top-grossing school in the nation to help find a cure for diabetes and its complications.

And this is the fourth time that Holy Innocents’ has been JDRF’s top-ranked school in the country. Last year, HIES faculty, staff, students and friends raised some $35,000 for JDRF, the leading global organization focused on type 1 diabetes research.

Amelie Wendling, a Type 1 diabetic who served as team captain for the latest Walk, on Oct. 15, 2011, said she was not surprised at Holy Innocents’ JDRF success. “Members of the Holy Innocents’ community are so supportive of their diabetic students that they are willing to go to great lengths to support their friends. This year, we had over 100 registered walkers who joined our team,which is more than any that we’ve had before!

“It makes me proud that I got to see my team doing so much for a cause, and that this legacy will live on for another year.”

And if such hard work and accolades weren’t enough, the HIES team also took home first place in the school division for its t-shirt design.

The school’s mission is to “develop in students a love of learning, respect for self and others, faith in God, and a sense of service to the world community.”