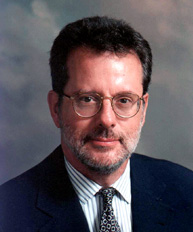 [Religion News Service] If local newspapers are dying, where will we get the trustworthy news we need to be responsible citizens, neighbors and economic contributors?

It’s a good question. Here’s another.

If slow-moving, complacent old-economy enterprises like Kodak continue to sag in a fast-moving, global, technology-based marketplace, how will people earn a living?

Also a good question. Here’s another.

If new-economy stalwarts like Google and Facebook betray our trust by monetizing our searches, social networking and life histories, how do we protect ourselves?

If religion falls to division and dullness, who will teach our children about God, ethics, values, self-sacrifice and trust?

Welcome to the marketplace of self-determination. In this noisy arena of competing interests, where everything from facts to faith is made a fungible commodity, we will either look out for ourselves, discover wisdom and exercise discernment, or we will get stripped clean by the sharks.

Take the news, for example. Until recently, daily newspapers on our doorsteps presented us with trustworthy information about our local communities and the world beyond. But now, across America, in cities large and small, daily print newspapers are folding, trimming delivery schedules, cutting news staffs, and trying to survive online.

Stepping forward is an army of bloggers, tweeters, news aggregators, online magazines, emailers and cable television. Some report the news expertly and diligently, while many say whatever their patrons think people will accept. Blatant falsehood and ideological pandering is all too common. Opinion passes as news, and crowd-sourcing passes as reporting.

Over time, we will sort through this noise. We will turn to a handful of online newspapers like The New York Times, and determine which of the new media are conveying useful information about the world as it is. We will tune out ideological hacks and ignore fluff.

The same wariness will mark our participation in the job market. Already, promising young workers are scrutinizing which employers have the nimbleness and business plans to succeed. Any old job won’t do. They’d rather start their own enterprise than waste time on a mature company that is on the track to failure.

Workers now realize they are independent contractors, charged with managing their own careers, eager to work hard but not willing to give blind loyalty to employers.

Learning the brave new world of networking and job searching is coming into focus. Google leads the way in monetizing everything it can, from our searches to our interests to our friendship circles. Facebook is following suit, as it draws more information out of us and then uses it to attract advertisers.

People will learn to be wary, use social networking for marketing but not friendship, and move on to other products that can be trusted.

This is also the context for a fundamental resetting of faith in America. People haven’t turned against God, churches or clergy. They are simply taking matters into their own hands.

If the local congregation seems complacent and dull, they will look elsewhere. Forget brand loyalty. Forget fitting their lives into the institution’s desired schedule. Forget the arguments that religious partisans want us to have. Forget the pathetic attempts of politicians to connect with us by pretending to have faith.

I don’t see people fashioning their own God as the traditionalists lament, but rather finding their own paths to God — just not within the narrow boundaries of settled congregations or denominations.

Self-determination will rewrite many narratives, starting with those enterprises and institutions that think themselves entitled to loyalty.

— Tom Ehrich is a writer, church consultant and Episcopal priest based in New York. He is the author of “Just Wondering, Jesus” and founder of the Church Wellness Project. His website is www.morningwalkmedia.com. Follow Tom on Twitter @tomehrich.