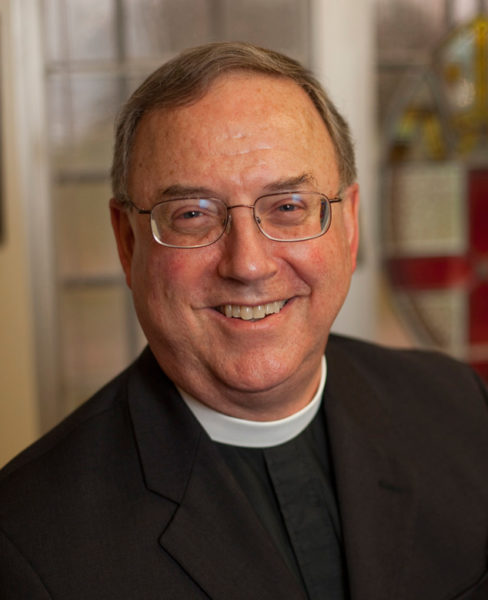 [Episcopal News Service] The Very Rev. William S. Stafford, dean of The School of Theology in Sewanee, Tennessee, said Oct. 31 that he plans to retire from the seminary on June 30, 2012.

“Bill Stafford has served as dean with great distinction,” said John McCardell, vice-chancellor of the University of the South, of which the Episcopal Church-related seminary is a part.

McCardell said in a press release that Stafford has “strengthened the faculty of The School of Theology and been an articulate voice for the importance of residential theological education. His intelligence, his humility, and his understanding of the whole Church, broadly defined, in all its richness and diversity, have set an exemplary standard of leadership.” He added that Stafford’s “remarkable career will shape that church for many years to come.”

As dean of The School of Theology, Stafford said, the nature of his work “up until now has been primarily internal, overseeing the greatest transition the school has known since the ’50s.”

Stafford, 63, has been dean since January 2005 and during his tenure the school launched a new doctor of ministry in preaching program and is preparing to offer new master’s degrees in religion and the environment and in theology and literature. He oversaw the development and execution of a strategic plan for Education for Ministry. Stafford hired an associate dean for community life (a new position for the school) and new faculty in New Testament, church history, Christian ethics, homiletics, and pastoral and systematic theology, according to the release. He coordinated a committee to assess the Education for Ministry program, which culminated in the hiring of a new director and a recently approved comprehensive strategic plan.

In concert with the University of the South, a new strategic plan for the school is in process, the release said. A master plan calls for new buildings and academic resources for the seminary.

“To take these next steps, the school needs a dean who actively represents it nationally and internationally, to the church and to the world, and who can greatly widen its network of partners and support,” Stafford said. “It is time for me to make way for a new dean.”

Stafford, a San Francisco native, also holds the Charles T. Quintard Chair of Dogmatic Theology. He came to Sewanee from Virginia Theological Seminary, where he had served since 1976. He did doctoral study at the University of Strasbourg in France and post-doctoral at Durham and Cambridge in England. Stafford has been an Episcopal priest since 1982, serving in American and English parishes.