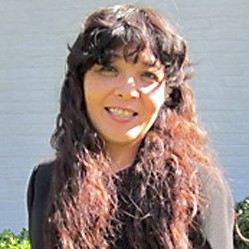 [Episcopal News Service] Yifei Shen kept her conversion to Christianity and the Episcopal faith a secret from her family for months.

After a childhood practicing Buddhism in Taiwan, Shen knew her conversion would devastate her mother, a faithful follower of Buddha.

But after years as an adult searching for spiritual fulfillment, Shen’s long hunt came to an end on a hot, humid June day in 2010, when the Rev. Jeffrey L. Hamblin, priest-in-charge at Christ Church in Bay Ridge, Brooklyn, baptized her in the church’s chapel.

“I used to feel alone, especially during the hard times. Now, I feel connected,” said Shen, 52, a member of Christ Church.

Hamblin, who has been an Episcopal priest for more than 30 years, said Shen’s acceptance of Jesus Christ has moved him more than any other.

“She pulled me aside to ask questions — not of theology or Biblical quotes. She asked questions about what my faith means to me. Deep questions of a wrestling soul: Why does God allow suffering? Why would God love us?” Hamblin said.

Shen’s journey to the Episcopal faith started in Taiwan. Although her father was an atheist, she and her mother religiously went to temple, practicing a form of Buddhism that blends the traditional Chinese religion with Taoism.

Her first insights into Christianity came when her father, who was a diplomat, moved the family, which included Shen’s three siblings, to Canada when she was about 8 years old. All of Shen’s Canadian friends were Christian, and many brought her to attend their churches after sleepovers. She even was an angel in a few Christmas pageants.

“Being in a Christian church felt good. I remember feeling happy,” she said.

After three years, her family returned to Taiwan, where her older sister became involved with a nearby Mormon church. Shen would sometimes attend Sunday school there but stayed close to her mother’s Buddhist faith. Her sister eventually converted to a fundamental branch of Christianity in 2003.

Shen said she was “turned off” by her sister’s fundamentalism, preferring a more “open” church.

Their mother was not happy with her daughter’s conversion, and she counted on Shen to continue as a Buddhist, maintaining the faith of Shen’s grandmother.

“I’d always been the faithful one (to Buddhism),” Shen said.

That had slowly started to change in the early 1980s when Shen left her family in Taiwan and moved to New Paltz, New York, to study art at the State University of New York. She moved to New York City in 1985, got married and had a baby.

Although she practiced Buddhism, she occasionally thought about Christianity during this time, remarking about the number of Christian organizations reaching out to those in need, especially during natural disasters, but never felt a strong enough pull to convert.

(Less than 1 percent of the U.S. adult population identifies itself as Buddhist, according to the Pew Forum’s 2007 U.S. Religious Landscape Survey. And statistics on conversion rates from Buddhism to Christianity are hard to find.)

The pull to Christianity grew stronger after Shen, who is an amateur astrologist, attended an astrology group in Park Slope, Brooklyn. A fellow member began talking about the Roman Catholic concept of “limbo.”

“That’s how I felt. I felt stuck, and I was tired of feeling that way,” she said.

A move to southern Brooklyn and a separation from her daughter, who had moved to Long Island to live with her father, further intensified Shen’s desire to convert.

On a spring day in 2010, Shen stood near the corner of Christ Church’s lot waiting for a real estate agent to arrive to show her an apartment.

As she waited, she considered the Episcopal church’s 1909 structure with its red doors and slate roof. “I used to see churches as just art,” said Shen. “But this felt different. It felt so welcoming.”

Shen started researching the Episcopal Church in hopes of finding that “open” faith. She said she was surprised to find that the presiding bishop is a woman. “The more I learned, the more I realized that this is what I wanted,” she said.

When she eventually revealed her baptism to her mother, she refused to talk to Shen for several months. The rift between Shen and her mother remains, causing strain in their phone conversations, about twice a month. Shen still tries to visit her mother in Taiwan for Chinese New Year every few years.

Shen is leaving her future in God’s hands. She hopes to work more with the Cursillo movement, possibility helping to bring it to China, and to grow in knowledge of the Bible. Shen’s 17-year-old daughter, Jun, is not baptized, and although Shen would like her to be a Christian, Shen said that she doesn’t want to push the issue now.

When preparing Shen for baptism, the Rev. Hamblin recited a prayer that he learned in his youth from his St. Augustine Prayer Book: “I believe in you, O Lord; help me in my disbelief.”

“I spoke of dark nights but of always resurrections,” Hamblin said. “She heard, and she asked so timidly: ‘May I be baptized?’ Her new journey began, and it has been a light to us all.”